Today … just a little photo story from the Moors and Christians battles in Javea. The Christian forces landing on the beach of Jávea to attempt to retake the castle … 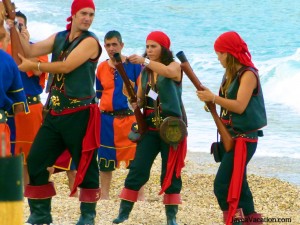 But the Moors are ready to defend the city at all cost…. 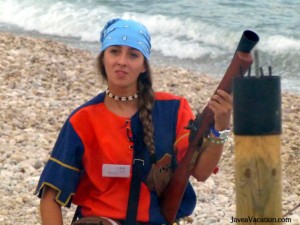 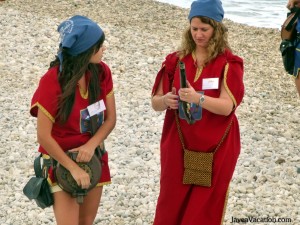 They use real gunpowder and each shot thunders through the air. The burning gunpowder fills the air with smoke and residue. 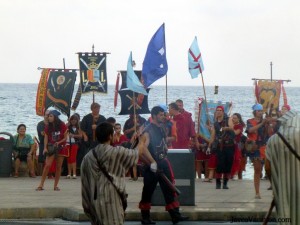 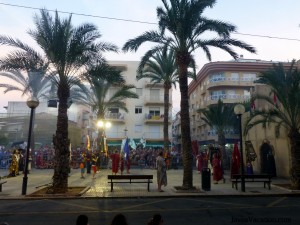 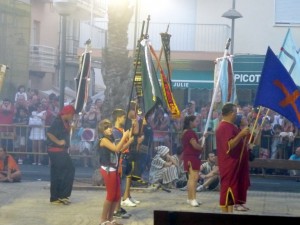 ….after a parade of the Javea Muslim moors retreating and the victorious Christians of Jávea marching the streets in triumpf … it was time for the demons to transform the rest of the night into a havoc of fireworks fired at the crowds, correcfocs! 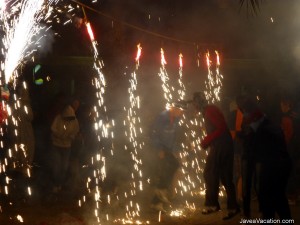 Dont forget. The final day of Moors and Christians remains. Dont miss it. Jávea Port – get there late afternoon for parades and fireworks!

Loving the Spanish lifestyle in the glorious sea side town of Jávea, Spain. For inquiries, contributions or random banter about Javea - shoot us an email at Javea@JaveaVacation.com.
View all posts by Morten Javea Vacation →
This entry was posted in Fiestas & Nightlife Spain and tagged christian girls, christian javea fiesta, christians javea, girls with guns, javea fiesta, moors and christians xabia, moros y christianos. Bookmark the permalink.
By Otto Gutschein Themes.