Moving To Spain – A New Livelihood ?

Plotting a new life in Spain? Jávea is still tempting potential Spanish expats with glorious beaches, laid back Spanish culture and plenty of warm sunshine all year round. However, there are a few new potential obstacles to be aware of when considering making the big move abroad to Spain.

The law wont have any implication on your opportunities to settle in Spain if you have a job, start a business in Spain or retire to the Costa Blanca shores with your pension, but it is a reminder to plan your new life carefully in advance. 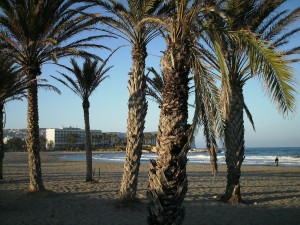 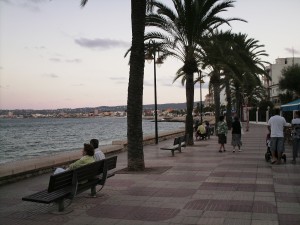 New Laws For Moving To Spain
The Spanish government has introduced new rules for EU-citizens wanting to fulfill their dreams of moving to Spain. Do not be intimidated, in most cases these new rules wont interfere with your plans for a new life in the Spanish sunshine at all. You just need to be aware of them.

Here are the new basic requirements for EU citizens moving to Spain permanently (more than 3months):

Non-workers may have a pension, money in the bank or otherwise have enough assets to be able to support themselves and their family.

The new law (Spanish Order 1490 of 9 July 2012) has been put into place to ensure Spain isnt burdened by people moving to the country without any way of supporting themselves. It may seem a bit harsh, but basically it all just means you cant move to Spain and go straight on benefits or other forms of social support – the country simply cant afford it. 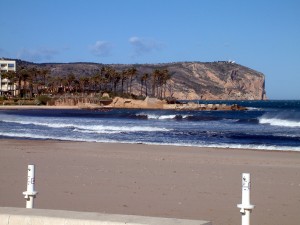 Moving to Spain – Finding Jobs in Javea
Moving to Spain has not as such become more difficult with the new laws, but they do underline the fact that living in the sunshine isnt just one long holiday – unless you bring enough funds to take the rest of your life off.

You need ways of supporting yourself and your family. If you have money in the bank, huge assets or bring a pension with you, that is obviously cared for in advance. However, if you are reliant on finding a job to support your family whilst living in Spain, it is definitely something that needs careful research and planning.

At the moment regular full time jobs are not impossible to find in Jávea or indeed on the Costa Blanca as a whole, but in general they are few and far between, often in the tourist sector, sporting fairly long hours and low pay.

The typical jobs becoming available in Jávea are bar jobs, restaurant gigs as chef or waitress or various sales jobs. The odd office job, secretary position or admin type work pops up but its rare. Most service jobs require at least conversational Spanish along with English – other languages on top of that being a big plus as the local tourism industry in Jávea caters to Germans, Dutch, Scandinavians, Russians and many others as well.

Finding a job in Jávea can be difficult, but in principle you have 3 months to do so before needing to apply for residency in Spain. It is highly recommended however that you secure a job prior to uprooting permanently and moving to Jávea. Taking a trip to Jávea for a week or two as a working holiday handing out your CV, looking for businesses hiring and talking to potential employers is a potential way forward. Another option is to research on facebook by joining groups such as “Javea Connect“, “Costa Blanca Jobs” and “Dream Job Directory Spain“.

Starting A New Business In Jávea
Another option is to create your own stream of income in Spain by starting a business. The easiest thing is to register as an autonomo, a self employed kind of registration, and set up based on that. If you have any useful trade or skills that obviously makes it a lot easier.

A carpenter, plumber, electrician, hairdresser, healer, mechanic or similar can probably set up shop and tab into the expat market even without the language skills required for a job – but do your research in advance, some areas will be overcrowded with businesses of a certain profession and lacking others.

If you have no skills theres still options to be creative and start a new type of business. In Jávea we have seen nice new initiatives open up such as an electric cigarette distribution business, a fish spa, various internet ventures, kayak rentals on the beach and many more. Again it takes planning, researching and funding but it is possible. Finally, several autonomos in Javea make a living running bars, cleaning or doing gardening – the competition is most likely cut throat and do not expect the millions to roll in anytime soon but with the right setup it might be enough to support you. 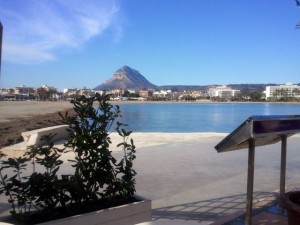 Move To Spain – You Wont Regret It!
Despite the obstacles moving to Spain is still a wonderful choice for you and your family. The Spanish lifestyle, the charming villages, the funny fiestas and the lovely beaches – you are bound to get a smile on your face even in hard times.

Just make sure you keep an eye on the new laws for immigrating to Spain and not least: Have a clear plan for your future sustainable livelihood once you get here. Jávea and the surrounding areas still has plenty of opportunities to be explored but it may take a bit more digging than it used to during the boom years. 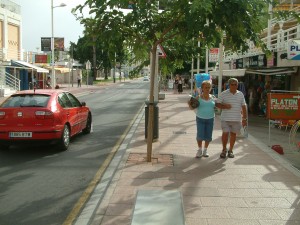 Loving the Spanish lifestyle in the glorious sea side town of Jávea, Spain. For inquiries, contributions or random banter about Javea - shoot us an email at Javea@JaveaVacation.com.
View all posts by Morten Javea Vacation →
This entry was posted in Moving To Spain and tagged autonomos in Javea, cleaning, costa blanca jobs, expat spain, gardening, move to spain, moving to javea, moving to spain, Spanish Order 1490 of 9 July 2012, work in javea. Bookmark the permalink.
By sparlaxy.de