Football is much more than life and death in Spain. Football is pure passion to the vast majority of Spanish. In Jávea your vacation wont be blessed with international level football, though you do have the option of experiencing genuine lower league Spanish football by attending the home games of the local heroes Club Deportivo Jávea or upcoming rivals Mediterraneo Javea a league below.

If you fancy a real sense of Spanish football passion on a grander scale, a perfect sporty holiday treat is taking the evening off to attend one of the Valencia Cf home games. 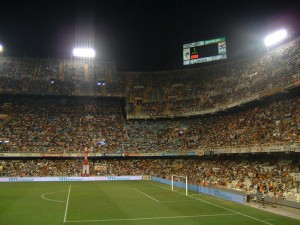 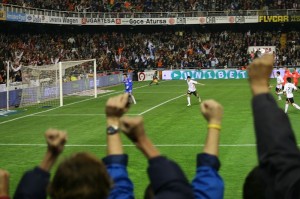 Amunt Valencia!
…..so goes the cry of the fans at the huge Stadium in Central Valencia and basically is the local Valencia/Catalan word for “Up Valencia” or even “Valencia To the top”, such is my poor command of the Catalan dialect here, but nevertheless if you are here on the Costa Blanca, and fancy watching a great game of footy, only about an hour and half up the fast AP7 motorway you will find the vibrant city of Valencia.

Valencia football Club, or “F.C. Valencia” in the local lingo, is the 3rd best team in Spain, so they say, after Barcelona and Madrid, and has featured such famous international players as Antonio Puchades, Faas Wilkes, Kurt Jara, Mario Kempes and more recently players like Juan Mata, Gaizka Mendieta and David Villa.

So if you love watching a good football game then spend a day in the exiting city of Valencia and watch the team play, in fact if you time it right, they do sometimes play English premier league teams too. 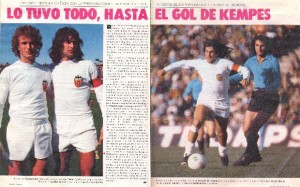 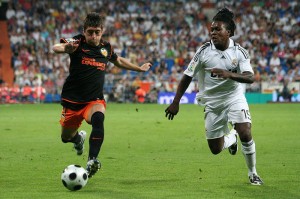 Tickets For Valencia Home Games
Valencia plays their home games at La Mestella. A 55.000 capacity all seater stadium with a normally terrifying atmosphere for visiting teams. The average attendance is around 40-43.000 for league games with the big games versus Real Madrid, Barcelona etc obviously pulling the biggest crowds.

In reality the Valencias home games are never sold out and you can simply turn up and buy a ticket at the door. Do not fall for online ticket sellers claiming they have the very last tickets for this or that game at triple the normal price. Check the Valencia Cf website if you want to make sure. You might still want to buy your tickets in advance to be able to comfortably choose your seats and sections in the stadium, again just go to Ticketmaster or Valencia Cfs website.

Tickets for Valencia home games vary in price from game to game according to the opposition. Further, as is customary different parts of stadium have different prices. The lowest category seats start at around 50euros, but you may want to buy slightly better ones to get closer to the action on the pitch. 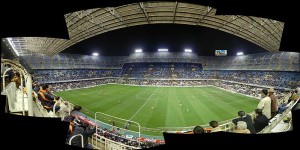 On top of these games there will be plenty (hopefully) of cup games and European matches, but theyre yet to be announced. Take note that the dates announced & kick off times wont be finally confirmed till as late as 10days before the actual games. 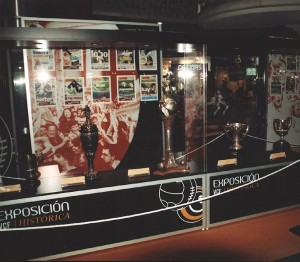 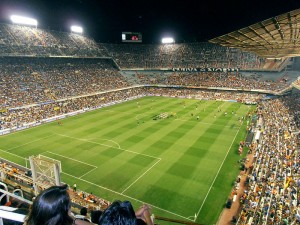 How To Find Valencias Mestella Stadium ?
Once you arrive in Valencia, from the main train station in the centre of the city, called Estacio del norte (north station, basically) you can flag a taxi (always white cars with taxi plates), and ask to go to the Mestalla stadium, which will cost you around 20 euros.

Also if you find the main city hall, called the “Ayuntimiento” or “Ajuntament”, there are buses that go directly outside the stadium, but check with the bus company before leaving.

And if you plan to make use of Valencia excellent underground (Tube trains), then you take the line 5 (green on the map) from Xativa metro, next to the main train station.

Driving in central Valencia, is NOT for the faint hearted and you would be advised to park up and get on the metro, as above.

Spanish Holidays with a spice of football
There’s nothing worse than being married to a football fan if you are not a fan of the “beautiful game” yourself! Standing on the terraces in freezing cold rain back in the UK, supporting your partner, who supports his or her favourite team is of course always a labour of love.

So when you are on holiday on the Costa Blanca, soaking up the sun, sipping cool Mojito by the pool and reading that novel you brought, which has been sat on the shelf back in the UK, the LAST thing you want to do is to hear about football!

However, if you traveling to Spain with some equally football mad mates, and just couldn’t possible go without watching a game for a couple of weeks, don’t bother about missing home, and checking the internet to try and see the latest scores, because Premier league level action is actually right here on your doorstep in Spain! 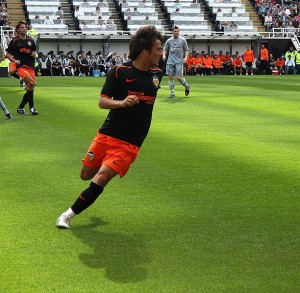